Today I am feeling nostalgic over my grandfather. He is 93 and had some big changes in this 94th year that he has lived since June. He wrote a book and had it published. It has all of his adventures and stories wrapped up in the pages and there are even a few pages of pictures, and I am so proud of the book.

He has been my one constant male figure in my life.

He has been bald for as long as I can remember. In the past few years he has even had me trim the few scragglers that sprout! My girls ask me why I say "he's so cute" often times once we have dropped him off, and all I can say is "well, he is!" He has shrunk a few inches over time, and he tells me that he is "Just tired." lately. He has had to have me start to accompany him to the doctor so that information gets relayed correctly. He finally gave up his truck back in June because he had had some fainting spells. He blessed Stephanie and Olivia with the money from the sale of the truck for their braces, and he takes the bus to Walmart for shopping and we pick him up weekly for church. Big changes.

Most days he likes his scheduled events. Ping Pong, water volleyball, yoga, but some days just the long walk down his hallway and down the elevators is too much. He has always been a man who liked a plan. When I moved in with them as a young teen, I knew it was a weekly trip to town, besides church! Meals were always on time and so was bedtime!

He likes telling stories, but always waits to be asked. He is a great listener and is very compassionate, but not like one nowadays would think. He is a survivor of The Great Depression, World War II, and believes in hard work. Handouts do not come often, and even allowance was earned through hard work. I got a job if I wanted a car or anything extra, but I was taken care of.

He has been an example of hard work, great plans, future dreams,and overcoming heartache, disappointment, but filled with endurance and prosperity. I remember when we built on a second story to the house when Todd and I moved in after my mother's death. He could have required more of us, but I think he wanted us to be kids even in our grief. He had traveled thousands of miles in his life in his adventures, and I think some of that was passed down to me! He has had dreams. Homesteading in Alaska, providing for his family so they were never in want, living in the Bahamas and finally settling in Florida. He lost his daughter when she was a young mother of four in her early thirties and became a "father" to two teenagers in his sixties. He has lost big investments in the financial world but has always overcome. And in the past six  years since my grandmother's passing I have gotten to see a man who understands the value of outwardly serving God. He had for all my life quietly served Him via my grandmother's efforts and passion.

I love him. I often wonder what life will be without him. He is that rock that is a comfort in the storms of life. He loves and is so proud of having Steve as a grandson-in-law and he adores his greatgrands, Stephanie and Olivia to his core. He is not a perfect man, but who is? He is a brother to ten others, most gone already, but is still proud to be a sibling tosuch honorable people.

When I read Psalm 139:1-18 I imagine my dear grandfather reading it and finding such peace in his life, just as King David did..."all the days ordained for me were written in your book before one of them came to be."
Posted by Jill at 11:47 AM No comments:

House is decorated for Fall. Olivia and I love to decorate. Steph helps if there is a craft to do, so I try to cover both bases. Stormie (apparently thinks he is the other child) is not a fan of the changes. He has tipped over both arrangements and tries to swipe off the window clings or the banner hanging in the windows. We now have a spray bottle that helps with the command of "NO!"

The menu is planned for two weeks, laundry is getting done, girls are in charge of the floors today getting swept or vaccumed, and toilets and dishes are still on the agenda. This is lunch break and I have visions of bon-bons and TV for the remaining of my week after today. Let a girl dream. I know better, but I am going to pretend. I might even get a pedicure. aahhh.

Olivia cheered her last game on Saturday, and now has her eyes set on competition at the end of October. She has loved it and excited to start at a local gym to continue her training. She is really good. She was the best cart wheeler of her squad and it is so nice to see her confidence grow. 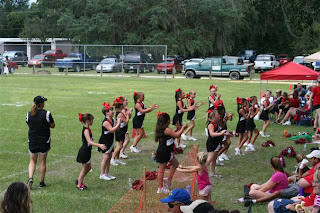 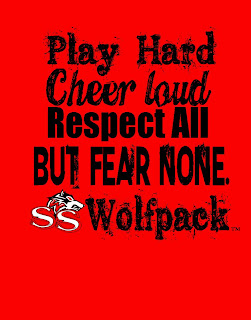 I will let  you know how the bon-bon session works out. Have a good week!﻿
Posted by Jill at 1:39 PM No comments:

Today is the first Monday in October. Time for cooler weather (not here!) and beautiful decorations (done! Thanks Olivia) and pots of soup, with windows open (new screen door because of Stormie!) and lots of football!

Before I know it, 2012 will be coming to an end and I will look back at this year's blog and wonder what we did since I have been so irresponsible with it, but on the other hand, I will realize how busy we have been.

"All the days ordained to me were written in Your book before one of them came to be."

﻿
﻿She loved it. I had printed it on fancy paper a friend had given to the girls, and it just seemed to fit since we have been wandering into new territory of pre-teen world. Her "confident leader" self has taken a back seat to a "go with the crowd" temperament, I am pretty sure she is just trying this out. Many days she leaves me in awe at her talents and kindness, and so when I asked her if she wanted to hang this verse in her room, she beamed and said,"Yes!"

It made those wheels of hers start churning... that is who she is... always. Contemplative. Reasoning. Thinking about her days being ordained. Now not every choice is right, but every choice is hers. I do love her determination.

I am reading two books right now, Parenting with Love and Logic, by Foster Cline. I read this when they were toddlers, but I have reopened it and am finding new ideas for these growing girls. I also am reading Five Conversations to have with your daughter, by Vicki Courtney. I love them both. Good good stuff.  Hard stuff, but necessary insight and wisdom.

Since Olivia seemed to be born with an aware sense of image, fashion and with-it-ness, I look for ways to prove to her that she is perfect just the way she is. I love that God gave me a brown-eyed girl after my blue one, it reminds me just how different they are. I remember Olivia asking me when she was so very young if I would love her even if she was ugly. Oh, I knew then this one was wired in a way that would take serious prayer,quality time, encouragement and keeping my cool! I remind her often of my love for her. I find ways to affirm her and plant seeds of confidence. I printed her a verse today reminding her of a dear and sought after quality.

Charm is deceitful, and beauty is fleeting, but a woman who fears the Lord is to be praised. Proverbs 31:30

She loved it. Lit up the room in fact. She is a compassionate and tender-hearted girl. Words her hurt and sometimes she hurts with words, she knows their power. Recently she and I had many chances in a day to have heart talks and that day ended with her on my bed, crying and wondering how I grew up without a mother and yet I had learned how to be such a good one.

All I could say was God's plans are greater than we can even imagine.

A year of blessings

One thing I ask of the LORD, this is what I seek: that I may dwell in the house of the Lord all the days of my life, to gaze upon the beauty of the LORD and to seek him in his temple. For in the day of trouble he will keep me safe in his dwelling: he will hide me in the shelter of his tabernacle and set me high upon a rock. Psalm 27:4-5

Jill
I am the wife to a wonderful man named Steve. We met on the internet 12 years ago. We still cringe yet chuckle at our story. We are parents of Stephanie 11, and Olivia 9. Steve is employed by Publix and I am a stay at home mom, and home school the girls. 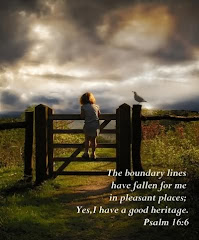 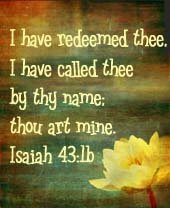 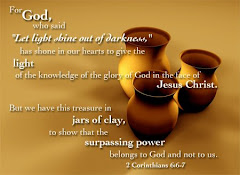